CROWDFUNDING FOR LEGAL DEFENSE A SUCCESS!

Healing Across the Divides has dealt with many crises over the years in Israel and the West Bank, but never one where the lives of our grantees were in immediate danger. In January, however, this threat became real following a decision by the Israeli government to deport African refugees and asylum seekers to Rwanda. Deportation would likely spell death for several hundred HIV-positive refugees who currently receive life-saving treatment from an HATD-funded initiative in Tel Aviv with the Israeli AIDS Task Force (IATF) and Association for Asylum Seekers In Israel (ASSAF). If deported, these individuals would lose access to such medical treatment and support, making deportation a likely death sentence.

Though HATD has never engaged in such an effort in the past, the need for immediate action on behalf of our grantees was clear. HATD sought and received the support and commitment of its board members to become a first-responder in the crisis, immediately launching an emergency crowdfunding campaign for a legal defense fund to protect its HIV-positive grantees from deportation and possible death.

Within a matter of days, the emergency campaign was shared with friends, family members, colleagues and acquaintances  of HATD board, staff and supporters who rallied to the cause to protect HIV-positive refugees. The campaign quickly spread and succeeded in outraising its goal of $7,500 to defend the first three HIV-positive refugees to receive deportation notices.

Israeli civil rights attorneys Anat Kidron and Assaf Hadi-Cohen, both experts in HIV/AIDS-related litigation and asylum and residency status in Israel have been contracted by the Israel AIDS Task Force to oversee the litigation process. They hope that the defense of the first three refugees with HIV to receive notice will help set a legal precedent for several hundred others who would face a similar fate in Rwanda.

Kidron, a long-time litigator and rights activist, said that she was inspired by the passion of those who voiced support for refugees. “I hope that the government will be moved to reconsider its decision in light of the level of support people have shown for the refugee community locally and internationally.”

The two attorneys are appealing the deportations on a case-by-case basis as each refugee receives notice from Israel’s Ministry of Interior that they must leave Israel.

“While this is not an easy situation,” explains Kidron, “I remain optimistic because I believe in the justice of our defense. I am proud to be fighting for it.”  Speaking of the critical role of HATD in the effort, Kidron added: “The part that HATD has played in realizing this process cannot be understated…it has been pivotal In the endeavor.”

“We hope that we will be able to, thanks to HATD’s exclusive support, cancel the deportation order and prevent the deportation of these individuals and of other HIV-positive asylum seekers.” 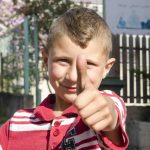